This build was for 5 workstations for a community organisation. They would be used for a number of projects including some video and audio production. The budget was restricted so we needed to balance the cost of the components carefully to make sure we got the most performance for the money. A 250GB hard drive, Asus H61 chipset board and the Foxconn tower allowed us to use 4GB of RAM with the Intel Pentium G2120 CPU keeping the performance of the machines reasonably fast. The drive size would not be too much of an issue as the machines would be connected to a server and external hard drives were available for big video projects. 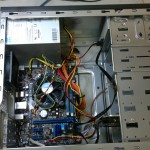 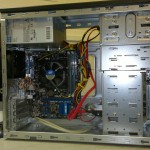 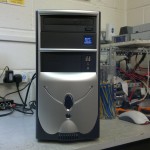